Indian Idol Junior Judge Sonakshi Sinha who helped co judges to Make the proper Decision to select the best talented juniors by their Knowledge in Voice, She all set to Make Her singing Debut Song Ishqoholic by T Bhushan Kumar. Song is to be Made under the T Series Company and to be composed by Meet Bros, and Kumaar has written the lyrics. Actress Recorded the song herself and now about to finalized very soon. 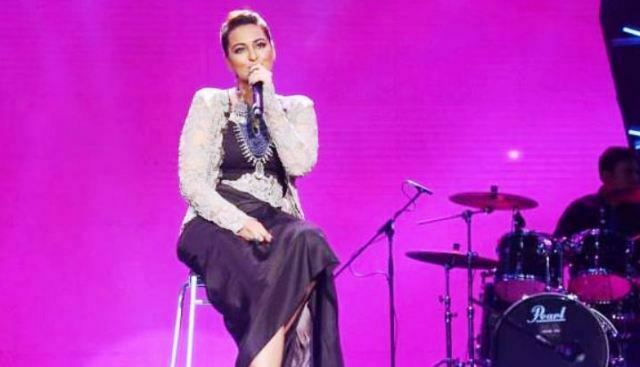 Sonakshi Sinha is Currently had lots of plans for upcoming film Akira and meanwhile its been leaked that Beautiful lady has the will make her Singing Debut very soon. Its been also noted that she will do Rapping lines in the same song. So its gonna be the Nice Hip Hop number Song by Bhushan Kumar and company.

“Sonakshi has a beautiful voice and the song has turned out to be very likeable and easy to hum. I am so glad we got a chance to work on something which binds the world together – music.”, Bhushan Kumar Said

”Ishqoholic will make her fans see the unseen unheard side of her and cherry on the top is they will hear her rap too. The song will welcome Sonakshi to the music world easily,” Kumar added.

“The video for the song will be shot later this month, by Gifty whom I have worked with on the ‘Desi Kalakaar’ number along with Yo Yo Honey Singh,” Sonakshi said. Sonakshi is excited for her Singing Debut song Ishqoholic and she just kick started her best effort and Rehearsals for the song.