Akshay Kumar and Huma Qureshi became the Guests on Dil Hai Hindustani Global Singing Talent Hunt Show on Star Plus to Promote their film Jolly LLB 2. Here is the Video Sneak Peeks when Euphony Official crew on the Show Sung the ‘Jolly Good Fellow’ with Akki and Huma. 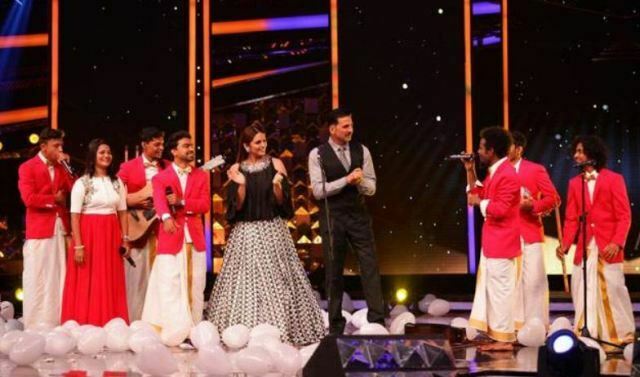 Jolly Good Fellow is one of the most Entertainer Song of the film Jolly LLB 2 Sung by Meet Bros. Lyrics Penned by Shabbir Ahmed and Music is also given by Meet Bros. Euphony Official Crew is A vocal band (blend of vocal harmonies and Beatbox ) from Mumbai, India who is in the List of Top 11 Contestants of Dil Hai Hindustani Show.

Khiladi Akshay Kumar, Huma Qureshi and Judges have had a gala time on the Sets. Catch the Video Sneak Peeks when Euphony gave their best by Singing Jolly Good Fellow with Akki and Huma.