British singer-songwriter and musician which is well known for his popular music singles “The A Team” and “Lego House” has been approached for the movie sequel of Happy New Year 2014 block buster film directed by Farah Khan. Ed meet the Farah at Bollywood star Abhishek Bachchan’s home during party and Abhishek and Farah decided to approach the Ed Sheeran for movie Happy New Year 2 contribution.

“It was a surprise when my cousin Zubin called me from London to say that Ed Sheeran was going to be in town and wanted to meet up with me and my Bollywood friends,” said Khan, who invited the star to the party.

Sheeran added, “I would love to do something in Bollywood. I watched some movies (before my gig). Back home Bollywood has a huge presence.” 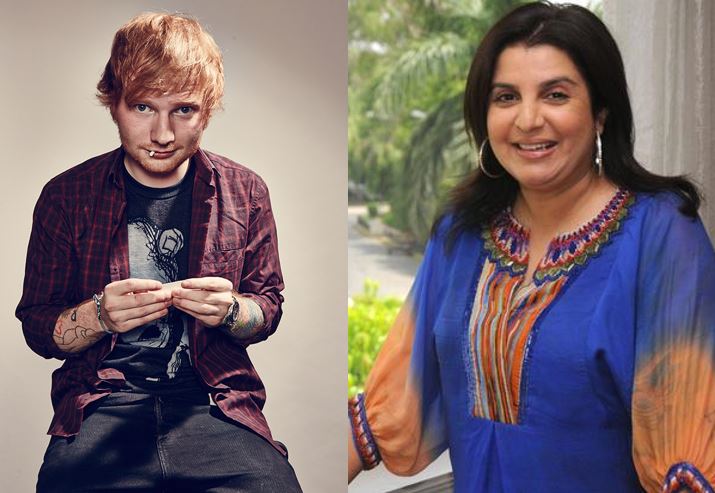 It would be great if SRK, Abhishek both gets the opportunities to work with the famous British singer Ed Sheeran. Farah, Happy New Year director got excited to launch the Ed in the film and gonna give the HNY 2 sequel. Yash Raj Film managed to get the 53 million US dollars at box office and if Ed will act in the film, the movie sequel Happy new year 2 would buzz the theaters for sure.

Ed Sheeran also wants to work with Bollywood and be part of the movies. So he is excited as well