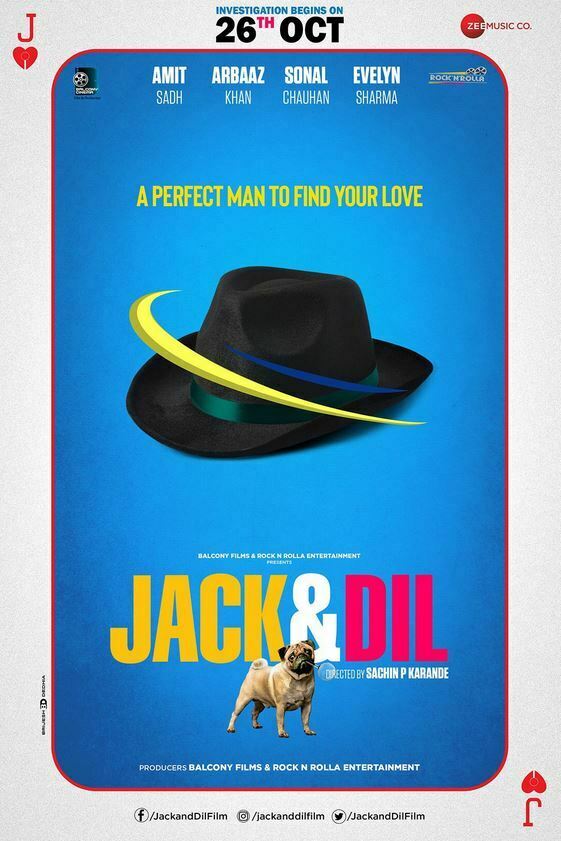 Romance, comedy and a detective hat to pique the curiosity. The film is going to be an Interesting Fun Loving Ride. The Fans of Sonal Chauhan, Amit Sadh, Arbaaz Khan and Evelyn Sharma are excited for the film release.

The Investigation gonna start on 26th October. Jack And Dil Film is Directed by Sachin P Karande. The film set to Hit the Big Screen on 26th October 2018.