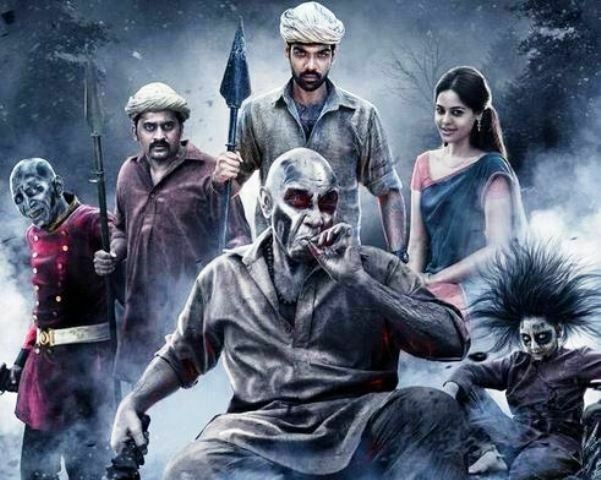 Satyaraj plays the role of a freedom fighter and American actor Zachary will be seen in the role of a British colonel. Bullet Satya (Sibiraj) comes to a ghost-haunted village to investigate a case and what happens when he lands in the place is the best part of the story.

Here is the Mixed Buzz, Live Tweets Reviews by film-goers on the first day.

Sujith ‏@iSujith_
#JacksonDurai A different horror flick. Gud evil Vs Bad evil sort. Worth a watch, only in theaters. #BGM ? 2.75/5

Gautam kumar ‏@gautam_murali
@gautam_murali #JacksonDurai One of the worst horror comedy movies ever made.
Pathetic. Complete washout. Waste of time and money. Avoid

Sriram Karanam ‏@ramsjoyy
Good first half. Tries to scare you all the time
#JacksonDurai ?

Jackson Durai film received quite mixed buzz from the viewers. However more onto the Positive Sides. After Tracking Public Response Live Tweets Reviews and Words of Mouth, we are Giving 3 Stars Ratings to this film.