Pk, Rajkumar Hirani Bollywood movie 2014 released on 19th December 2014 and made the 56+ crores on first two days only without any movie pre-release promotion effort. The major credits of movie success goes to the actor Aamir khan Bollywood Mr. Perfectionist. The film released on Non holidays and second day (Saturday) made the huge box office business earnings compared to first day. So Sunday is expected to be more box office earnings. 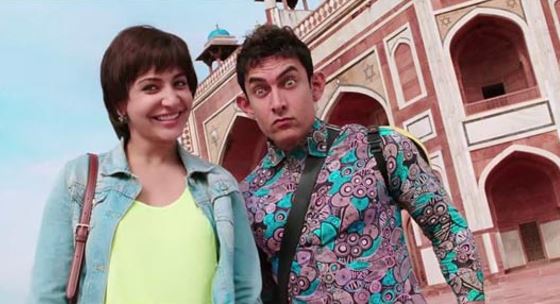 Film released worldwide and Pk made 26.63 crore on Friday and 30 crore on the Saturday. Weekend Sunday is expected to be more as 35 crore plus by the Movie critics and Producers and distributors expect as much as ₹ 80-85 crore weekend collection.

As per the Movie critics reviews Pk movie is quite similar to OMG (Oh my god) 2012 film in concept wise and in storyline. Even with the same theme the pk won’t be affected in terms of box office collection because people loves the act of Aamir and they want to see the acting of Aamir at any cost. Sunday people find themselves as free and plans for movie. so Pk is only movie right now which is hitting the audience. So the Weekend business as would hit more screens and expected to be House full screens. Predictions made on the Third day collection around 35 cr + based on the movie reviews. IMDB also rated the pk Movie 9.0/10 till now.

So Pk is going to break all other records soon on the First Week acording to the First two days statistics and third day predictions.