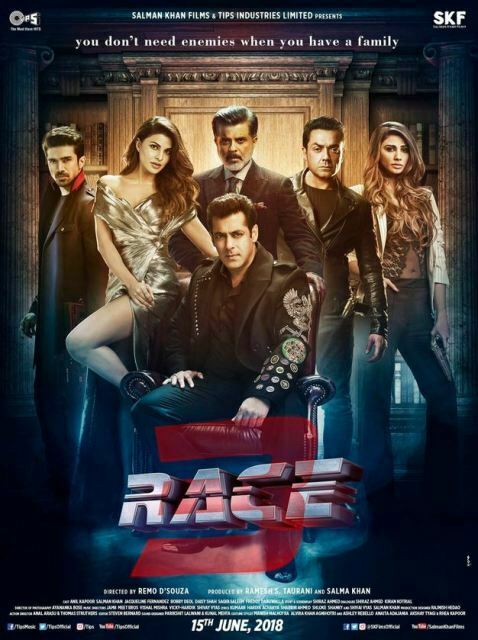 The Shooting of the film Race 3 all set to Wrap and Actors and director are more excited about the Same. Salman posted the new poster of the entire star cast along with a caption that read, “Aur Yeh Hai the Race 3 family. Let the Race begin.”

Race 3 film is Produced by Ramesh S. Taurani and Salma Khan under the banner of Tips Films, Fox Star Studios.

It is the third installment of Race film series. The film is set to release on 15th June 2018 coinciding with Eid.