The whole world is waiting for Southern Superstar Rajinikanth’s much-awaited film Kabali on 22nd July release. Officials put immense efforts to avoid leak prior to 22nd July 2016 but film Opening Scene leaked online on one of the dark side. After the Udta Punjab and Great Grand Masti now It’s time for Rajinikanth’s film Kabali. However, there is no reason to worry as just the Opening scene was leaked. 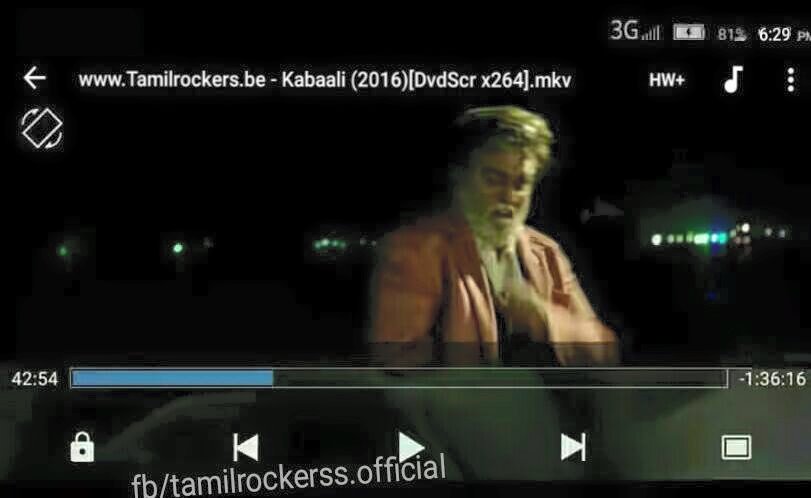 Madras High Court Banned Service Providers and Websites from Pirating the movie but it was available on the facebook page. According to a report in NDTV, an image from the movie, allegedly opening scene, was posted on a Facebook page called TamilRockers.com.

According to Hindustan Times, the leak might have happened from the Gulf. HT quoted a source saying, “The leaked clip features Arabic subtitles too. Hence, it must have originated from the Gulf. The team is trying to find the source of the leak.”

Apart from the efforts being taken by the makers, there are anti-piracy campaigns run by fans of the superstar. Urging others not to choose the piracy sites over going to a movie hall to watch the film. However, there is no reason to worry as it’s all about the Opening Scene and interestingly movie hits big screen tomorrow.

Rajinikanth and Radhika Apte First Time paired up for the film Rajinikanth Playing a Powerful role as Don who is ruling the world. Kabali hits the Big screen tomorrow worldwide with 4k plus screen count across the globe.