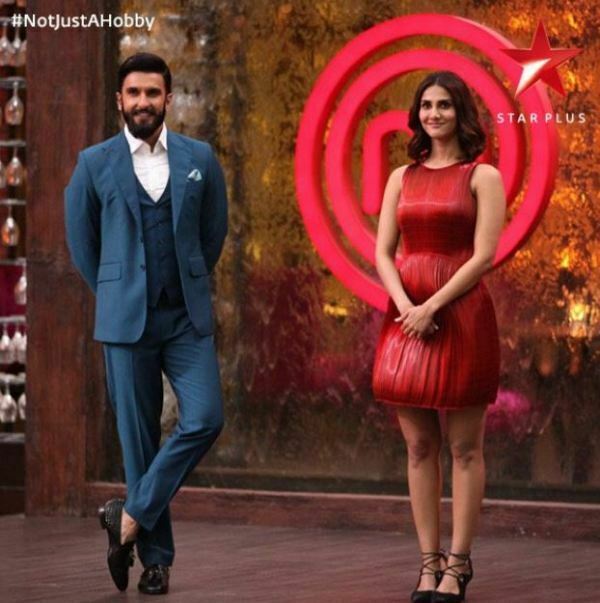 Star Plus aired MasterChef India 2016 Cook Hunt reality show buzzing the town as very talented Home cooks serving their best ever dishes to the judges and giving head to head tough competition to each other. Here is the Picture when Heartthrob Ranveer Singh Appeared in Blue Colored Suit and Vaani Kapoor in red Colored Dress. 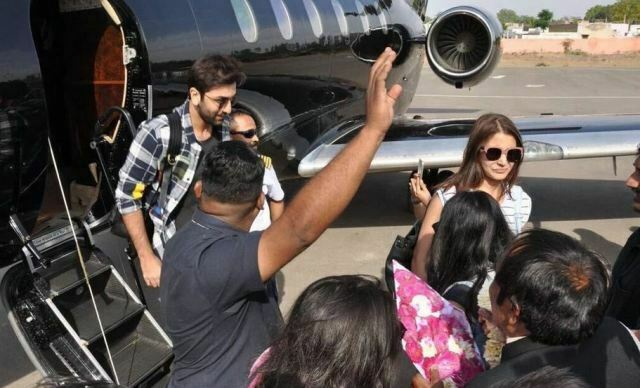