A Few Days back we have updated you about the Riteish Deshmukh and Sajid Khan’s Upcoming Entertainer Bollywood Star Stunned show and now here we loves to reveal you that ‘Yaaron Ki Baraat’ is the Finalized name for the Show. Housefull Jodi Coming Back and now they are sharing Screen Space first time on Indian Television. 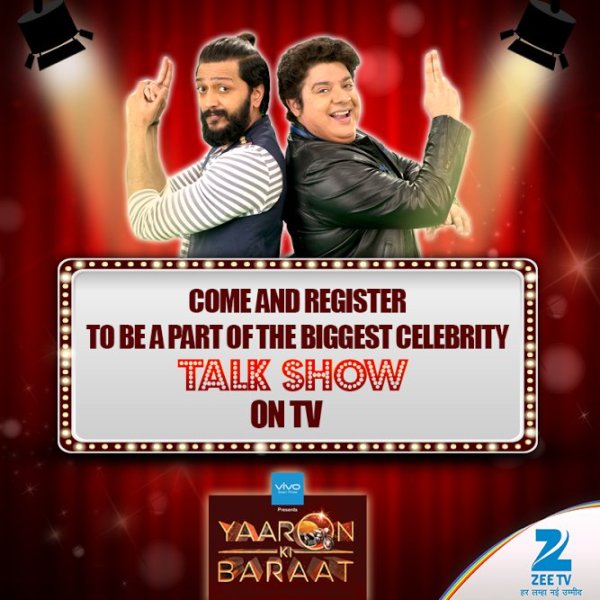 Its Television Talk Show to be aired on Zee TV Channel and Bollywood Celebrities will be the Guest and Host Riteish Deshmukh and Sajid Khan will have Fun Talk and Entertainer Conversation with them.

As per the Official Site Update, Bollywood Actress Parineeti Chopra and Tennis player are the First Guest of the Show. How are you Excited to See B-Town Stars in Yaaron Ki Baraat ? Watch Promo video below.