Recently we heard news that Arjun Rampal injured his knee while shooting the Kahaani 2 and now here is one more news that Bollywood actor Ronit Roy Injured his arm while shooting Sanjay Gupta’s Kaabil. After the Surgery he is back to home and had to rest. 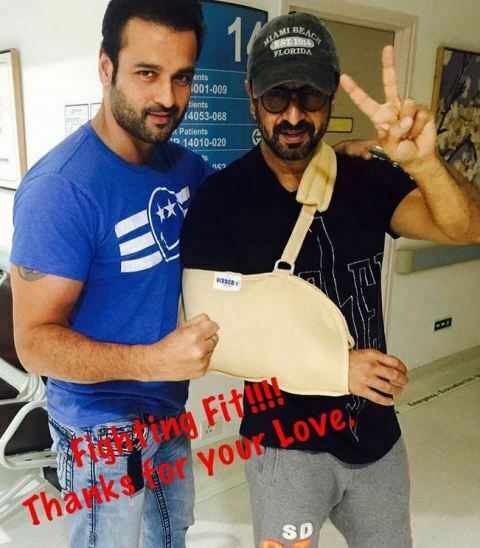 Sanjay Gupta also revealed the work Dedication of Ronit Roy by tweet, “#DedicationToWork @RonitBoseRoy severely hurt his arm in an action sequence in #KAABIL & delayed surgery by 24 hrs to complete the shoot.” Here is the Pictures posted by Ronit Roy after his Surgery.

At Last Roy Brothers together posted photo which shows they are real Fighter and excited to do more promising work. We wish he get well soon and join the Kaabil set with Same Passion and energy as Sanjay Gupta and team had to do lot more in Action scenes.

Surgery went well! 9 pieces of glass embedded in my arm removed! Thank you for your love and good wishes. pic.twitter.com/bIZfiBMbME

Back home after the surgery. Resting today. Gives me time to appreciate the gulmohar tress in full bloom from my window. Mother Nature comforting me.