Alok Nath, who has Image of Sanskari Father in Bollywood films and gone popularity by his role as stereotypical indian Father all set to try something new. Now this new leaked news gonna blown away your mind. Yeah, Sanskari Babuji all set for the Sex Chat show where He will talk dirty like never before in upcoming show ‘Sinskari’ on Voot Video Platform by Viacom18 Digital Ventures. 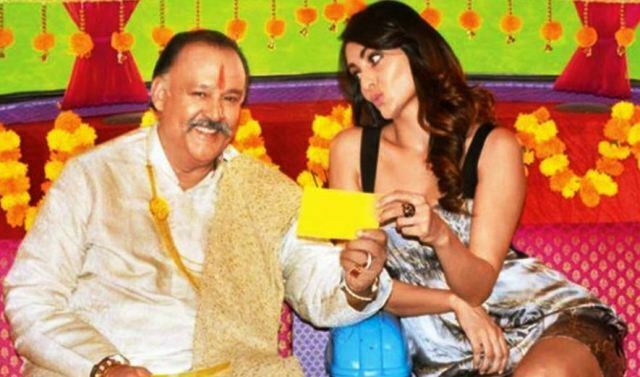 Recently he Appeared with Sizzling Sunny Leone in No Smoking Ad film and now Alok Ji will be seen playing completely different and unexpected role in Upcoming Web Series Titled Sinskari. It is kind of Celebrity chat show. Sinskari Web show is inspired from Emmy award-winning chat show ‘Between the Ferns’.

“After entertaining my audience as their favorite babuji for years, now its exciting to do something absolutely different. Its time I break the cliche and surprise my audience with a totally new avataar. Sinskari is an adult chat show which will include questions about their deep dark secrets.”, Alok Nath said

Its Been reportedly noted that Bigg Boss 9 Contestant and Kyaa Kool Hain Hum 3 Actress Mandana Karimi will join the show as Guest in First Episode. Talking to a leading daily, Alok Nath said, “It is an adult show with dialogues that may have to be beeped out. It may come as a shocker that I am part of it because I have been stuck with the Babuji image ever since I was 30. It’s time to break the stereotype”.