Biggest Award of Films ‘Guild’ is coming on Sony Entertainment Television Channel. Its most promising and desirable awards for Film stars. Akshay Kumar All set to host the Renault Guild Film Awards. In Promo Video Khiladi Akshay Kumar added an excitement among the viewers. Akshay Kumar, Priyanka Chopra, Shahid Kapoor, Ayushmann Khuranna, Kriti Sanon and Sonakshi Sinha featured as Performer to set the Stage in Fire. Its 11th Edition Awards of Year 2015 to be Aired on the First Day of new year 2016. 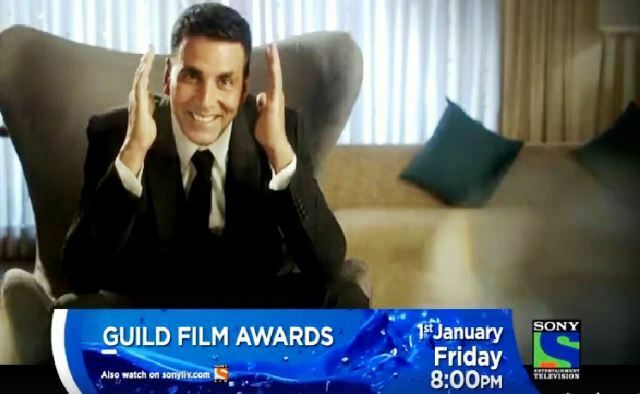 Get ready to see other Bollywood Super Stars along with Akki. People always wants Great entertainer host for the Award function. This time Khiladi Akshay Kumar all set to host the Guild and fans gone excited to see the Akki as host as he perfectly fits into it. Read what Akki Said to media about the Award.

“As a member of this hard working industry, the Guild Awards is extremely auspicious to receive for any artist or film professional,” Akshay said in a statement. “With eminent members of our Indian film fraternity forming the Guild, the awards like every year are presented to brilliant work and outstanding achievements,” he said

“I had a great experience hosting for the Guild awards and it is a delight to entertain and interact with these great film personalities. This time too we have planned interesting acts and I am confident my hosting stint this year will be a bigger success,” he added.

Akshay Kumar as the host with many other celebrities. Show will be Aired on Sony Entertainment Television India on 1st January, 8 PM