There were several Speculations for the Name of Gauri Shinde’s Shah Rukh Khan and Alia Bhatt Starrer film and Finally the name of the Movie has been revealed. It’s Named as Dear Zindagi. Name of the film has been leaked from the Board on the Shooting Location. 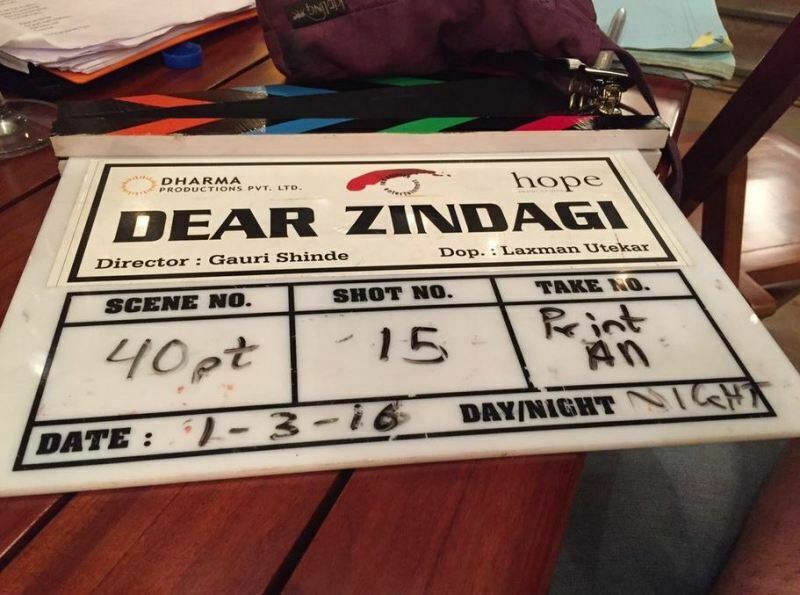 Red Chillies Entertainment, Dharma, and Hope Production Proudly Presented the Film Dear Zindagi. Gauri Shinde Started Shooting back in the month of February and we have seen Alia-SRK together onto the Sets on Goa and now Here is the Big news for fans who were anxious for the film Name.

Makers didn’t make any Official Announcement, but this leaked picture from the shooting set confirms the Film Name itself. How are you Guys excited for this upcoming Big Flick starring Shah Rukh Khan and Alia Bhatt.

Apart from this Gauri Shinde is known for her film English Vinglish. Dear Zindagi expected to release in November.