Internationally Acclaimed Bollywood Actress Priyanka Chopra is already in news for her next Big film Bharat with Salman Khan and now She grabbed Headlines for Shonali Bose’s next titled film ‘The Sky is Pink’. 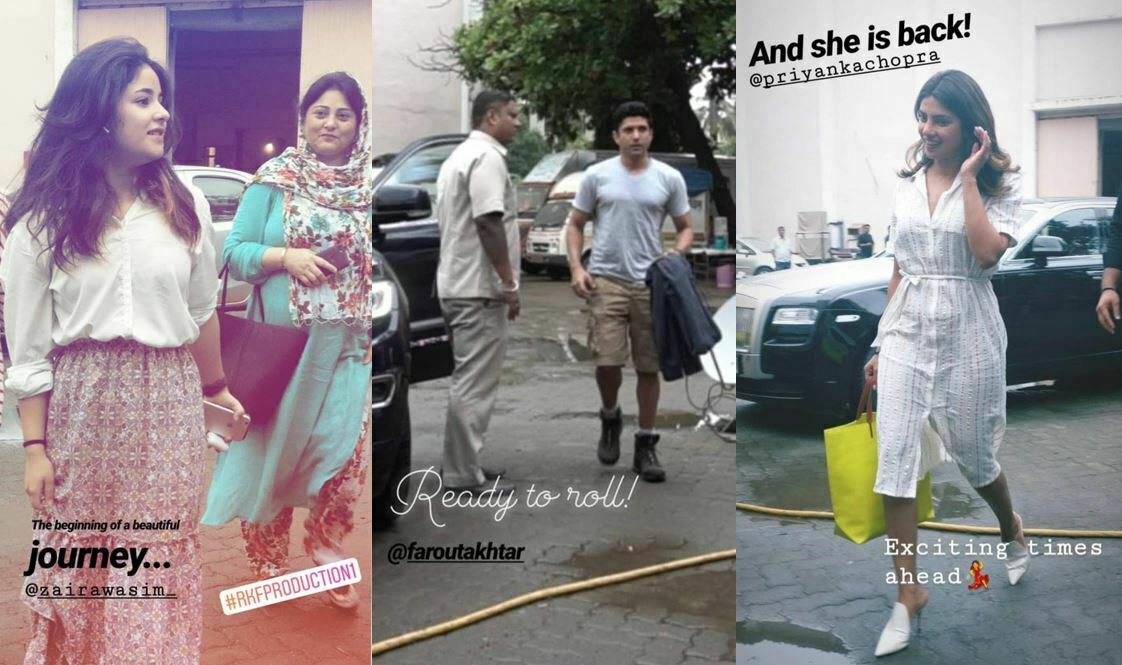 The Sky is Pink film stars Farhan Akhtar, Priyanka Chopra and Zaira Wasim in a lead roles. The official Instagram handle of Roy Kapur Films had photos of the three actors, Priyanka, Farhan and Zaira as they arrived for the preparation of the film.

The caption on Priyanka’s photo read, “And she is back! @priyankachopra Exciting times ahead”. Farhan’s click had, “Ready to roll!! @faroutakhtar” written on it. Secret Superstar actor Zaira’s photo read, “The beginning of a beautiful journey… @zairawasim_” The film is scheduled to go on floors on August 8 this year.

The Sky is Pink is the Story of the girl Aisha Chaudhary who becomes Motivational Speaker after diagnosed with pulmonary fibrosis at the age of 13 Years. Zaira will be seen Playing role of Aisha and Priyanka Chopra & Farhan Akhtar will Play the Parents of her.

The film has been written by Margarita with a Straw fame Shonali and the dialogues have been penned by writer Juhi Chaturvedi. How are you guys excited to See Priyanka Chopra’s Comeback in Sky Is Pink film? Comment below!