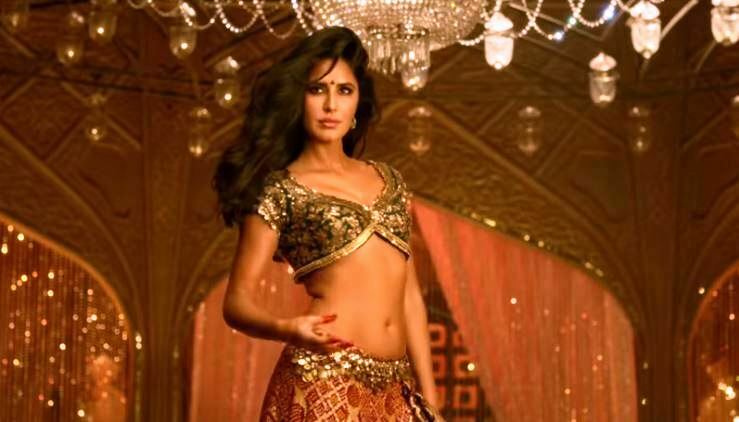 Yes, Shreya Goshal and Vishal Dadlani has Sung the Song Suraiyya. Music Composed, Arranged & Produced by Ajay-Atul. Lyrics of the Song Penned by Amitabh Bhattacharya. Its expected that Just Like Chikni Chameli Song, Shreya Goshal’s Suraiyya will be the Big One. Catch the Glimpse below.

Thugs of Hindostan film is directed by Vijay Kirshna Acharya starring Aamir Khan, Amitabh Bachchan, Katrina Kaif and Fatima Sana Saikh in a Pivotal roles. The film is set to treat audiences across age groups with the biggest jaw-dropping action sequences seen by audiences on screen to date.

Earlier we have seen the Song Vashmalle Teaser featuring Aamir Khan and Amitabh Bachchan on Screen. Watch the Super Hot Katrina Kaif in Suraiyya Song Teaser. The full Song will be Out Soon. Thugs Of Hindostan Scheduled to release this Diwali in Cinemas.