Ugly is the Most awaited Dramma and Thriller film which is set to release in 2013 but film release delayed because the Film director Anurag Kashyap filed the petition for their objection to his refusal to add the anti-smoking disclaimer in his film ‘Ugly’ according to the censor board, the scene in which actor is smoking must contains the Message “Smoking is injurious to health” Anurag filed the case on Bombay High court for the same and supreme court results are waited on that and finally Ugly film is scheduled to release on 26th December 2014 with Anti-smoking ads. 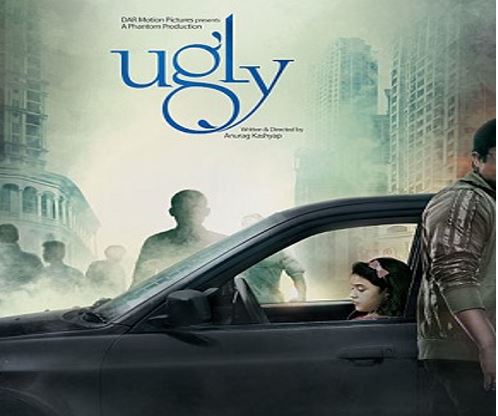 Ugly movie budget is very low as 4.5 crores and going to launch on the India but the film director Anurag promises that the film would give much more thrill as Dar Motion pictures other films does. Film premiered at the Cannes film festival and received awesome response. Phantom Films also plays the co support along with DAR Motion Pictures in film production.

Ugly is the dark psychological thriller film with emotional and drams which is Directed and written by – Anurag Kashyap, Music By  GV Prakash. Watch the Theatrical  Trailer of Anurag Kashyap’s Ugly Movie 2014. Ugly Theatrical trailer hits y massive audience after its official release on YouTube at 12th September 2013. If you haven’t watched the Trailer then have a look.

There are many fans in the country who willing to watch the Anurag Kashyap’s films and DAR motion Motion Pictures productions adds more interest to the viewers. Anurag Expect much more from the film even the its of low budget. Lets wait to see how the Ugly Hits the Box office on release.