Rohit Shetty and Karan Johar joins hands for next film Titled Simmba starring Ranveer Singh in a lead role. The Film is directed by Rohit Shetty and to be presented by Reliance Entertainment Presentation. 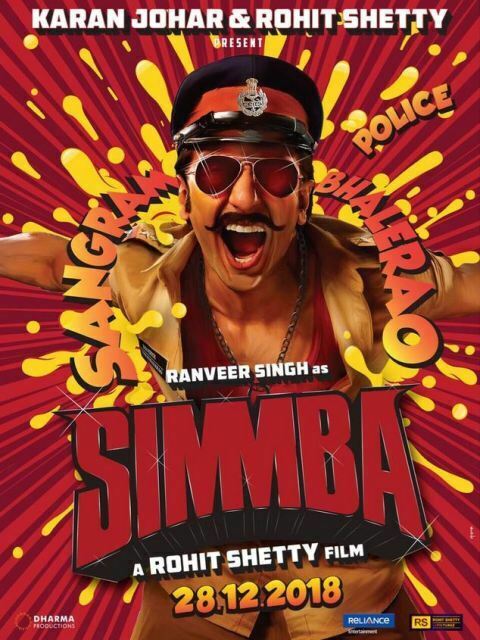 Ranveer Singh donned a Police officer Avatar as Simmba. He is Playing Cop for the First Time. It will be the Masala Entertaner film. The First Look Poster of the film has been out.

The Film Simmba Scheduled to release on 28th December 2018